Disclaimer: Cut my writing skills some slack. I'm a full blown foodie!!
Note: Pics flicked from Zomato because we did not have patience to take pics.

Lets be honest, Aren't we sick of having stale chocolate cakes with nuts that have got so much moisture that it doesn't even crunch up when you bite into them, and that's exactly what's sold in the market today as a brownie! Casa Dolce for the time being at least only specializes in one thing, Brownies and boy have they hit the right spot on my palate.

Made some calls to Casa Dolce, had to make a choice of what brownie i would like to have, got so confused and was offered an assortment of what they had and said yesss without thinking! You can either pick it up from Multiple locations that are close to your place ( Egmore or Mogappair). I think they even deliver to other places if it's a good order.

So I got my brownie package in a neatly packed white box with the company logo and a stack of assorted brownies i could see through the transparent plastic wrap on top. 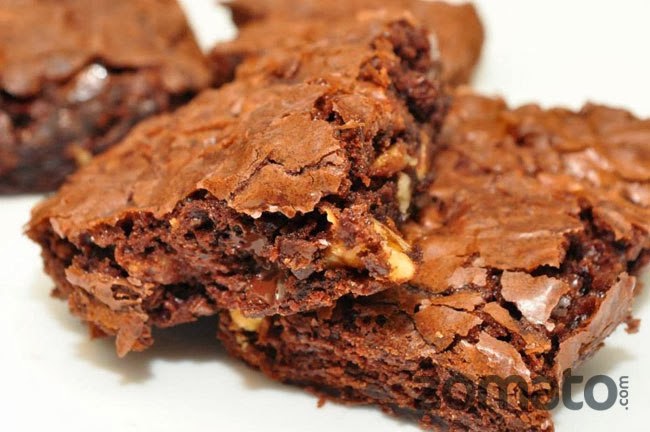 As soon as dinner was done, the brownies came out with all the cousins sticking their hand in to get a piece of each brownie.

And the moment of truth, which was the best brownie??? We couldn't decide!!! Every damn brownie tasted fabulous and each of us had one that was our favorite.

The brownies that came in the assortment were the blondie( a white and dark chocolate layered brownie), the chocolate brownie( a chocoholic's dream) and the brownie with nuts. 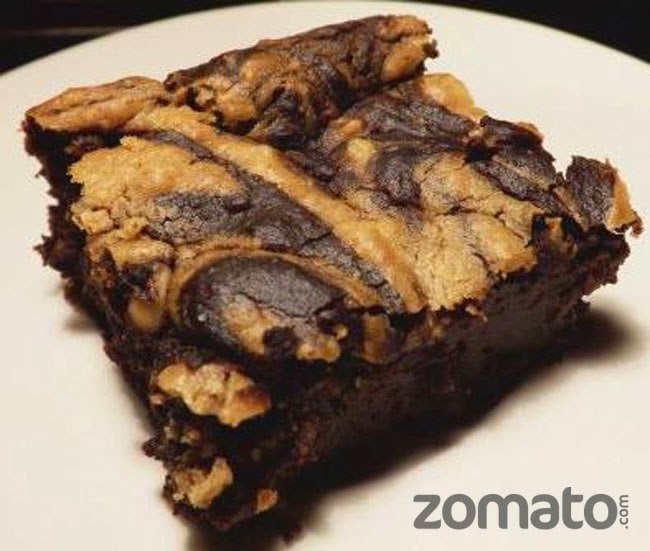 Honest opinion, loved each one of them, but the one with the nuts was my favorite pick. The nuts were not to many but just enough and would come in small mouthfuls just when it gets slightly sweet and cleanses your palette.

The sister loved the blondie for its white and dark mix and worked for her, the majority loved the plain old school, chocolate brownies that had everything to look for in a perfect brownie.

Nice crust formation on top, lovely gooey brownie in the center and perfect sweetness to finish a brownie without feeling sick.

They apparently do bulk orders for birthdays, events, parties or get-together's. Chennai has needed a place like this for long.
Feedback: Open a store or at least increase delivery in multiple locations across Chennai so it's easier for people on other parts of town, cause i sense a storm coming!

So a big thumbs up and kudos to the Casa Dolce team. I'll be coming back for more!

http://www.casadolce.in/home.html#.UsxkxoZ8hTw.facebook or just search for Casa Dolce on Zomato.

The link above is to get to their page and order. They have delivered brownies to Hyderabad, Delhi, Bangalore and usually are booked weeks in advance, Who knew about this hidden jewel in Chennai?
What better gift this Valentine than a box of Chocolate fudgy brownies!

Posted by Yeshvin Mathew at 00:12 No comments:

Pizza Republic- The start of a revolution! 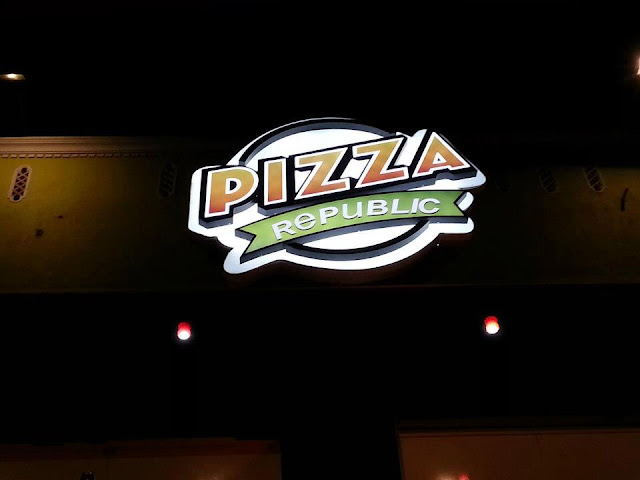 NOTE: I have just added this to mention this review was written a month before i joined Pizza Republic. It is an unbiased Review, in fact this review made me approach them to be professionally linked to them.

It’s a bird, it’s a plane, no wait… it’s pizzaaaaaa republicccc! Yes yes , I know that was cheeeeesy. But that’s the way it is, even in pizza republic!


I honestly have no clue where to start, the pizzas, the concept, the pricing, the value for money, the owner himself? It’s all a couple of notches higher than their competitors.


Pizza republic had humble beginnings and started less than a year ago, and the first thing that came to my mind was yet another pizza chain that’s going to make us empty our wallets and pay through our nose for assembly lined pizzas! And boy was I proved wrong, really wrong!


PR as they are called today started in Taramani and since their first outlet began, they have created a wave in Chennai! The food critics, the foodie community and social media were all talking about it.


Most of all, the company grew with an owner who promised changes according to the people, and these changes weren’t made after a half yearly or quarterly meeting, It changed overnight- Quote me!


Unlike most restaurants, they do not have plates and hence do not need staff to wash up and there’s definitely no wastage of water. They give you a pizza takeaway/delivery box which has a template paper stuck on it. The paper is divided into two sides. The left side being a list of pizzas already tried and tested and is like a fixed menu. The right side had a list of items that can be ticked off to make your own personalised pizza. The base, level of juiciness, spice, cheesiness and the toppings can be chosen according to your whims and fancies. My personal suggestion is, always tick the level of juiciness as really juicy. That’s when you get golden brown cheese and the pizza is not dry. Look Below to get a better understanding of the make your own pizza concept. 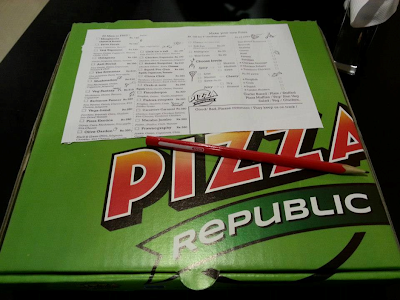 The Chain does not have different size pizzas but follow a standard size of around a medium pizza that can be polished by two people and makes a meal for two if a salad or burrito is ordered alongside. The pizzas are cheesy, soft and extremely flavourful. 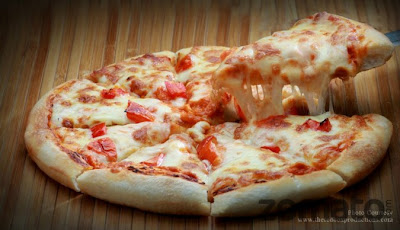 And for those of you who are not in the mood for a pizza, do not worry! Pizza republic has burritos, salads, pizza muffins which are light on the wallet and heavy on the stomach! 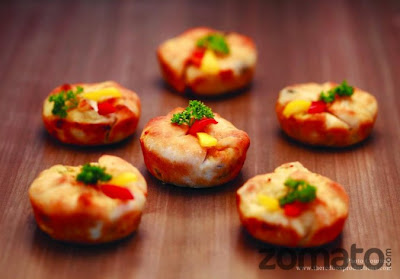 The non-veg burrito and salad are my personal picks and cost a meagre 89/- each.


My Verdict: The place has started a revolution. It’s easy on the wallet heavy on the stomach. Age is definitely not a barrier when you want to go to PR. It’s become an everyday option for a lot of office goers near Taramani cause it’s that cheap when you share it with another person. His dream is to make the pizzas as close to free and boy is he there!


Finally, I have never in my life seen an owner more committed and ready to accept what the people have to say about his food, without questioning them a single time or defending himself. The only thing you are going to hear from his mouth is- If you are not satisfied 100%, I have sent you a replacement coupon! Kudos to the man and his humble company!


They have outlets presently in

Yeshvin Mathew
Chennai, TanilNadu, India
I'll try to keep it as simple as I can. I'm a chef by profession with a big heart for food. I was born and brought up in the crazy city of Chennai. I left for college to Manipal(Karnataka)in 2008 to do my Bachelors of Hospitality Management and finally graduated in April of 2012. Since then I've worked with a start-up called Zomato only to quit in 2 months, Tried taking off another 3 months to study for my MBA Exams and shortly realised it was not the smartest thing I've done. Now finally I work with restaurants in Chennai for free, Critique food and have started my own blog and feel things are really shaping up to being perfect. And yes, I work in restaurants for two to three months before I switch to another restaurant that whips up a different cuisine. I work with restaurants for short periods so as to understand different cuisines and their roots, understand food from a different dimension and finally, it's probably the best way to know food at the back of your head.(Comes in handy when you want to start a restaurant, Money minded Malayalee!!).